In this conversation with the co-founders of the newly established, and first ever, global Black Feminist Fund (BFF), we explore why Black women have been disproportionately neglected by foundations and what is being done to address the issues. Co-founders Hakima Abbas and Tynesha McHarris will be joined in the conversation moderated by Baroness Lola Young, Member of the House of Lords and campaigner against modern day slavery, by Muthoni Muriu, Senior Adviser, Diversity, Inclusion and Shared Leadership at UN Women.

Speakers: Hakima Abbas is an African feminist who has been active in social movements for two decades. Trained in international affairs, her work as a policy analyst, popular educator, advocate and strategist has focused on strengthening and supporting movements for transformation. Currently, Hakima is co-Executive Director of AWID, a global feminist movement support and membership organisation.

Ms. Muthoni Muriu brings over twenty-five years of international development experience, and a passion for women’s rights and social justice, to her role as Senior Adviser, Diversity, Inclusion and Shared Leadership at UN Women. Previously, as Senior Director, International Programs with Oxfam America, she was responsible for delivering Oxfam’s global programs, providing strategic guidance and practical management to seven Regional Offices covering 30 countries including the United States.  Managing large multicultural teams, Ms. Muriu spearheaded several organizational transformation processes focused on building internal cultures of equality as a critical backbone to delivering on rights and equality. She has championed issues of gender justice and the prevention of violence against women, and is proud of standing up well-resourced programs and gender departments during her tenure.

As Oxfam Great Britain’s Regional Program Manager for West Africa, she directed programs in 22 countries ranging from conflict resolution to investment in women’s leadership and economic empowerment.  Her belief in transformative leadership for women’s rights informed her activism as Head of Pan African Trade Policy for Oxfam International in Geneva, advocating to center women’s rights in international trade negotiations.  Before joining Oxfam, Ms. Muriu worked with African civil society on the creation of policy dialogue platforms at national and international levels. She comes to UN Women after successfully leading the development of Oxfam International’s 2030 Strategic Framework which includes a central commitment to feminist principles, inclusion, and equity.

Ms. Muriu is from Kenya and holds a BSc in Politics and International Relations from the London School of Political Science and Economics and a MSc in Public Policy and Management from the School of Oriental and African Studies.

Baroness Young of Hornsey OBE is an independent Crossbench member of the House of Lords where she works on legislation to eliminate modern slavery, co-chairing the All Party Parliamentary Group on Ethics and Sustainability in Fashion, and the All-Party Parliamentary Group on Sport, Modern Slavery and Human Rights. She works with Rights Lab team members on the issue of slavery in supply chains. Lola is also Member of the House of Lords and campaigner against modern day slavery.

After an extensive acting career, Lola Young went on to become professor of Cultural Studies at Middlesex University. Lola became Head of Culture at the Greater London Authority before being appointed an independent Crossbench member of the House of Lords in 2004. Her parliamentary work includes founding and Co-Chairing two All Party Parliamentary Groups – one on Ethics and Sustainability in Fashion, and one on Sport, Modern Slavery and Human Rights. She has been a member of several Select Committees, most recently on Sexual Violence in Conflict and has addressed racial disproportionality in the criminal justice system and the vulnerability of traumatised women and girls. She is currently working on legislation to eliminate modern forms of slavery in supply chains.

Baroness Young has recently been made Honorary Professor in the School of Politics and International Relations at Nottingham University. She has sat on the Boards of several national cultural organisations including the Royal National Theatre, the Southbank, and Historic England. Earlier this year, Lola was appointed Co-Chair of the Foundation for Future London, a major cultural and educational project in the Queen Elizabeth Olympic Park.

Despite her heavy work schedule, Lola loves to see as much theatre, film and art as possible. She is keen football fan (and player) and an “obsessive” walker. 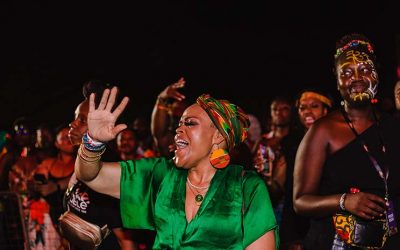 We Bring The Fire!

END_OF_DOCUMENT_TOKEN_TO_BE_REPLACED 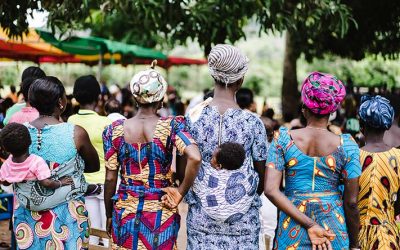 END_OF_DOCUMENT_TOKEN_TO_BE_REPLACED

What is Black feminism and how is the Black Feminist Fund moving funds to work led by Black women? In this episode of #OnWhatMatters, Black Feminist Fund co-founder, Tynesha McHarris, speaks with Ford Foundation vice president of program, Hilary Pennington, on her...